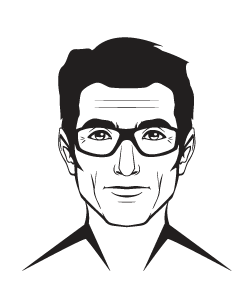 When was the last time you felt content and happy? I haven't always found it easy to relax and enjoy myself, which is why I started thinking about ways to improve my life. Fortunately, a friend of mine talked with me about life improvement courses, and so I took one to see if it would help. I couldn't believe the difference it made, and before I knew it I really understood what I was up against. This website is small, but it can help you to achieve great things if you put your mind to it. Read on to learn how to make your life better.

A personal fitness trainer can do a lot to help yo …

Addiction is a serious problem that can have devas …

Balance occurs when every part of a whole is stabl …

Stable finances can enable you to live a more stre …

If you have an animal that you are having problems …

When you're dealing with a serious disease like bulimia, recovery requires a lot of time and commitment. But what if you're struggling with more than one condition at once? Unfortunately, alcoholism often affects people that are already struggling to deal with bulimia or another eating disorder. Find out what's known about the connections between bulimia and alcoholism and how it should guide your treatment.

Linked Chances of Both Disorders

Studies of patients reporting either bulimia or alcoholism show a double link between the two disorders. Patients who were alcoholic were also more likely to suffer from bulimia, and patients with bulimia had a five times higher chance of alcoholism than the general population in these studies. For some people, the two conditions are caused by the same underlying trauma or behavioral patterns, while others experience completely different triggers and histories behind their two different diseases.

Concerned About Calories from Alcohol

For some people experiencing both bulimia and alcoholism at the same time, their binges involve alcohol rather than food, and they fast and purge anytime they're not drinking to attempt to balance out the calories. Mixed drinks, wine, and beer all have significant caloric content when consumed in large quantities and on a regular basis.

Unfortunately, this can compound the damaging effects of bulimia because there are even fewer sources of nutrients and calories entering the body at any point. The effects of alcohol abuse are also increased since few other foods are being consumed to help the body recover.

Both alcoholism and eating disorders like bulimia have been connected with impulsive behaviors and impulse control issues in patients experiencing either disorder. It's only natural that people struggling with both problems at the same time are generally impulsive in nature and struggle to control their urges or emotional responses. This at least allows for a common focus during treatment because learning to control impulsive behaviors, in general, will assist with the recovery for both conditions at the same time. However, it may also mean that the patient recovering faces more triggers that could cause a relapse.

Any patient with a confirmed diagnosis of multiple concurrent conditions like bulimia and alcoholism should look for treatment methods that are specifically designed for people with dual or multiple diagnoses. Attempting to treat one of the conditions at a time separately will not work as well as dual treatment that addresses all of your overt and underlying issues at once. Many people also find a combination of inpatient and outpatient support helpful when dealing with the particular combination of eating disorders and alcoholism.